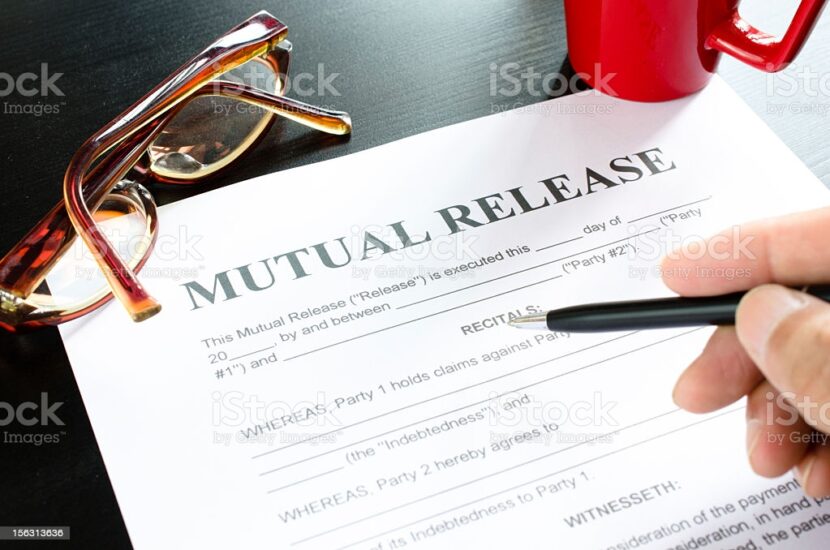 In witness whereof the parties have executed this mutual
release at (place of execution) on the day and year stated
above.